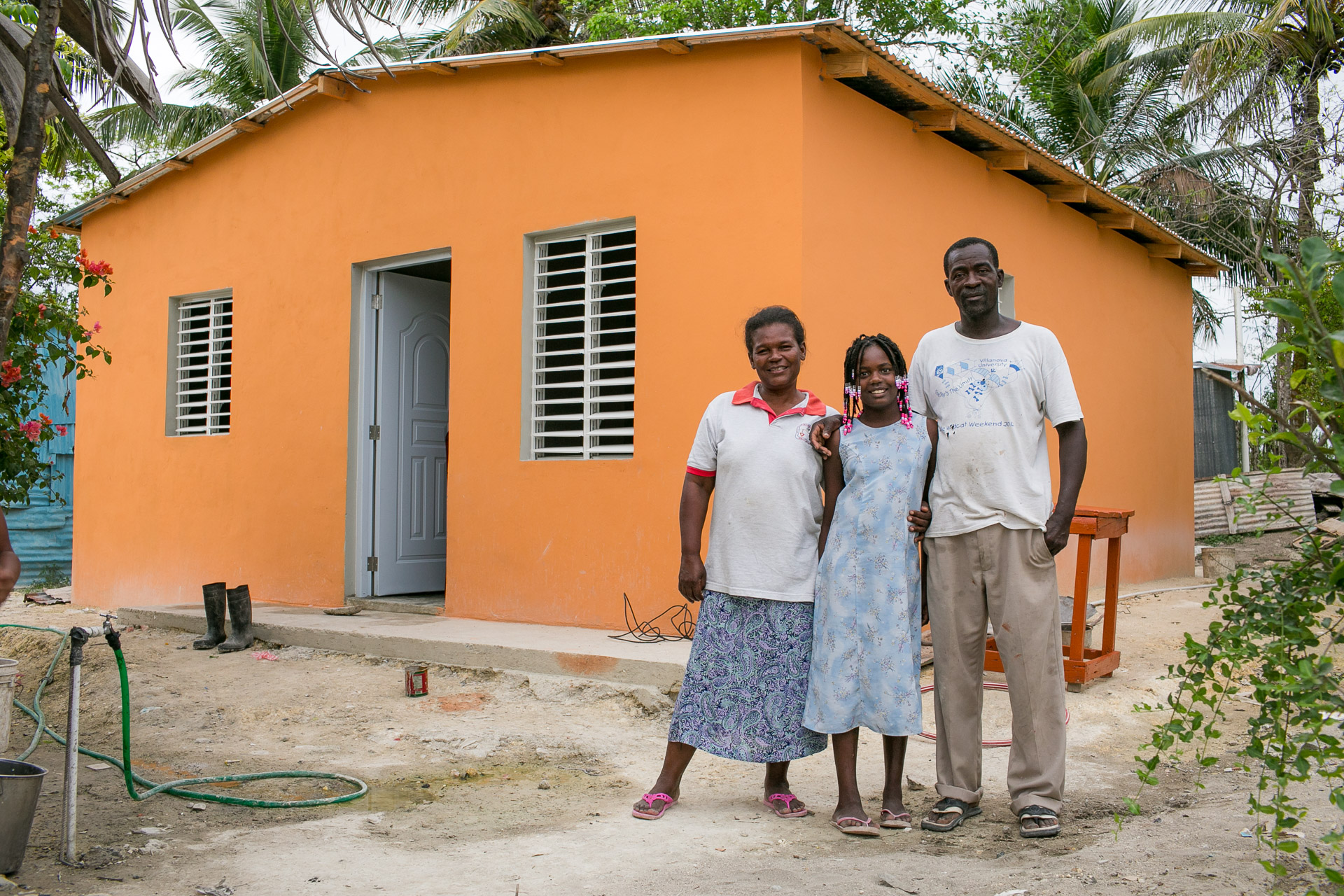 Altagracia Bautista and her family slept in the same room in the wood and tin house they built from debris in Monte Coca batey in the Dominican Republic after Hurricane George destroyed their home in 1998. But they moved in April.

Now they live in a stone house with enough space that Altagracia hopes will be a cleaner and healthier environment, especially for her 9-year-old daughter Ramona and 6-year-old granddaughter Eridania.

“The time that I endured was hard times, and now I feel happy and contented because I am not getting wet anymore,” Altagracia said. “In the other house there was a corner that would leak, and I thank God and you all because today my house did not get wet and did not fall apart, thanks to you.” 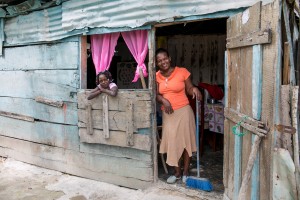 Their home is one of eight completed in the bateyes with funds raised by the Rustic Pathways Foundation since 2014. But it was the first built from funds raised by just one person, Rustic International Photography Manager Justin Kase Conder.

Justin had just returned from leading programs in Tanzania, Peru and the Dominican Republic when he got an email about Rustic’s annual staff fundraising challenge for the foundation. After the excitement of the summer, Justin traded his camera for a computer and started processing the 325,000 photographs his team of 25 photo guides take every summer. He wasn’t sure if he had time, but decided to try to raise $800.

But after learning that $8,000 would build an entire house in the bateyes, Justin upped his goal. Bateyes are marginalized communities of Dominican-Haitian sugarcane workers. Justin first visited the bateyes in 2014 and was shocked to see that level of poverty so close to home.

“I grew up without much myself. My family and I were on welfare for a decent bit of my childhood,” he said. But Justin added “I never had to want like these people did.”

By leveraging his social media following and offering some incentives—free prints and in-home photo sessions—the money started trickling in. And then the most amazing thing happened. With two days left in the month-long challenge, an acquaintance who Justin hadn’t spoken to in four years donated $1,000 to put him over the top. He raised a total of $9,083.

To say Justin was excited is an understatement. He recorded a video to express his enthusiasm and thank everyone who donated.

This past summer, Justin returned to the bateyes in search of the house that his fundraising helped build and hoped to meet the family living there. When he did, Justin realized he’d met them during his first trip to the bateyes. Like he’d done then, Justin took their photos again.

“It was a moving and emotional experience to know that there’s literally a roof over someone’s head because, why, I decided all the things that were going on in my life weren’t too much to keep me from doing this?” Justin said. “What’s the difference between $800 and $8,000, if you’re going to go for it? Now someone has a house in the DR and not just any part of the DR, the bateyes. It’s really cool, really cool.”

Follow Justin’s lead and do whatever you can to help a family like Altagracia Bautista’s. Set up a fundraiser, post about it on social, offer incentives in exchange for donations. Don’t be shy. Justin wasn’t and now Altagracia’s family has a new home that has already impacted their lives.

Read more about Monte Coca batey and other Rustic Pathways Foundations projects and learn to get involved.

If you want to help Justin raise enough money to build another house, visit his fundraising page.